What does ‘forensic interviewing’ entail? Forensic interviewing refers to gathering evidence from a child who is an alleged victim of abuse. A concerted effort is made to gather information about the incident in a certain way so that it is unbiased and suitable for use in court. The information is also used to assess a child’s health, welfare and safety. Research has shown that a warm and friendly interviewer elicits more accurate information than an authoritative interviewer.
What is the protocol for forensic interviewing? In general, the protocol contains elements of rapport-building. The most important thing in an interview is that it has to be child-led wherein the interviewer adapts the questions based on responses from the child.
Does your organization use a specific protocol. Yes, it involves five possible stages starting with rapport-building. Anatomy identification is the second phase where body parts inventory is done. We ask children the names they use for their body parts so that we are speaking a common language. The third phase is a touch enquiry wherein we discuss touches that they like and don’t like. If they tell us anything has occurred, it goes into the abuse scenario phase. Finally, there’s the respectable end phase where we give the child closure.
Are there gaps in the system dealing with victims of child abuse in the US? There is a dearth of training for professionals in understanding mandatory reporting. While there is a law which lays down that professionals should report a case of child sexual abuse, research shows it often goes unreported. Child sexual abuse is a taboo subject. Though, increasingly, people are accepting it, no one – say, the social worker in school – wants to believe that little Johnny is being sexually abused because it’s horrific. Sometimes, they turn a blind eye to it. We believe that if we talk about this more, we will get more reports sooner and hopefully help keep children safer.
(As told to Karthika
Gopalakrishnan)

Jennifer is the Technical Expert in Residence at Tulir currently. She will be facilitating workshops between Jan 23- 29, 2012, in Chennai 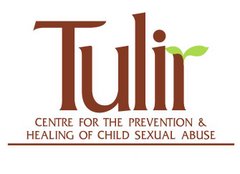